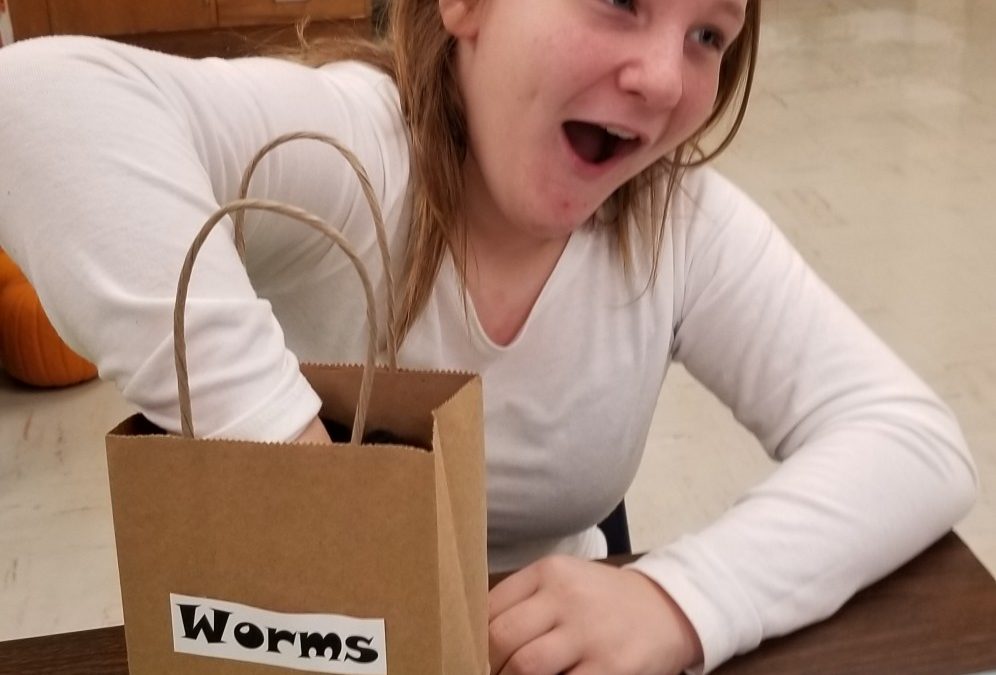 Students in Mrs. Meyer’s 4th, 5th and 6th grade science classes enjoyed doing several science activities on Halloween. Students used their sense of touch to figure out what was inside of the spooky Halloween bags. They had to describe what the items felt like and then tried to guess what they were. The one the students like the most, was the “worms”, which were cooked spaghetti noodles! Next, the students used their sense of sight to do a pumpkin activity. The students had to describe what the pumpkin looked like and then guess how many lines they thought were on the pumpkin and how many seeds they thought were in it. After Mrs. Meyer cut the top off of the pumpkin, the students pulled out the insides and then counted how many seeds it had. Lastly, the students were able to build towers out of toothpicks and candy corn. The students realized that the candy corn was very brittle and they had to push the toothpicks in softly. The students enjoyed having a fun day learning and having fun in science!