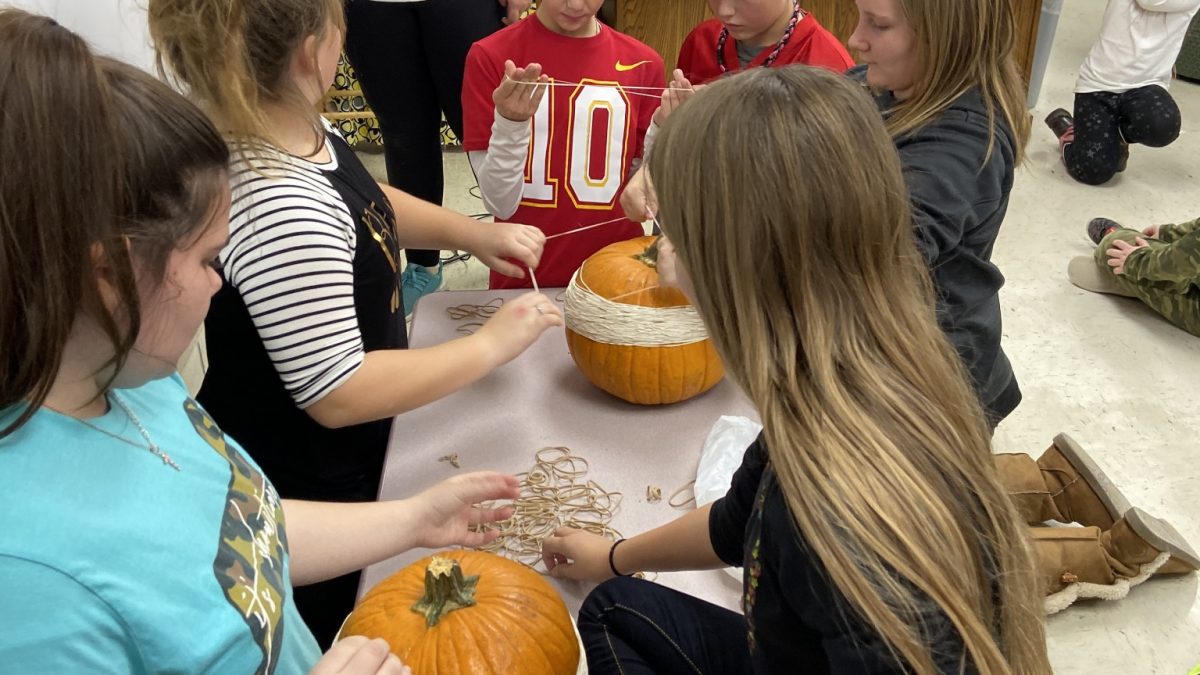 For the students who received PAWS for October, they celebrated by eating a sweet treat, “exploding” a pumpkin, and playing Monster Mash! For the pumpkin explosion, students placed rubber bands around the pumpkin in hopes that it would explode but it didn’t go to plan so we improvised by dropping the pumpkins off of a ladder.  While some students were working on the pumpkin activity, others played Monster Mash. This is a game where spooky music was played and when the music stopped the students had to freeze, if they did not freeze as soon as the music stopped, they sat down until the next round. All of the students had a great time as you can see by the pictures! There is also a link to watch a video of the pumpkins “exploding”. Enjoy!