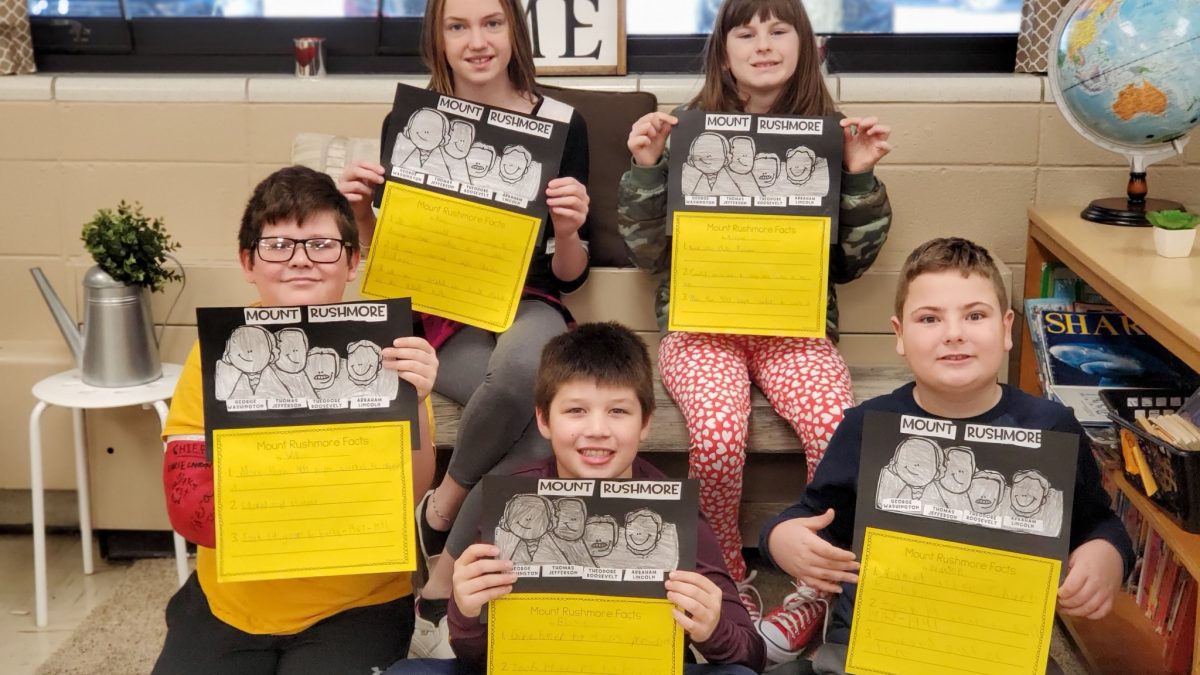 Mrs. Meyer’s fourth grade class is continuing to study the regions of the United States. This past week has been spent studying the Midwest Region. The students were very familiar with this region as it is where we live. As part of an extended lesson, the fourth graders learned about Mount Rushmore, which is located in South Dakota. The students each wrote three facts about Mount Rushmore on their paper and then colored and cut out the monument and labeled the four presidents who are on it. Some of the interesting facts the students wrote about include: it is named after a lawyer who visited the monument while it was being built, Charles Rushmore; More than 400 people helped build it; it was created as a way to bring more visitors to South Dakota; and it took 14 years to build.