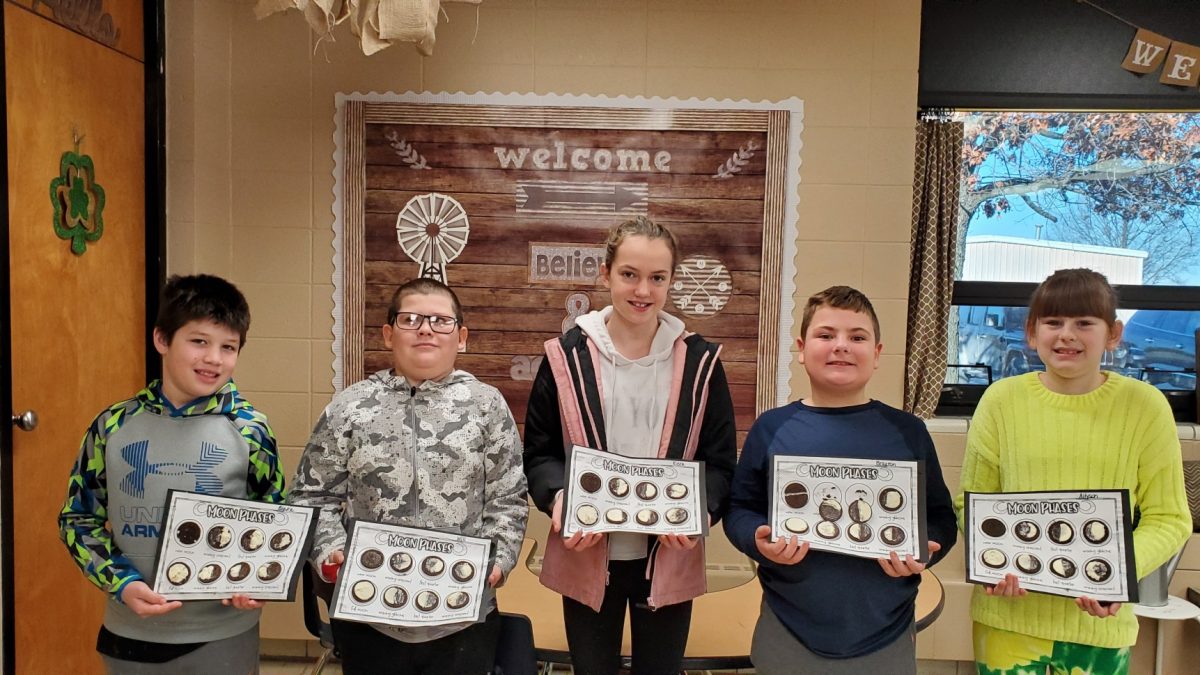 Mrs. Meyer’s fourth grade science class has been studying the phases of the moon. As an extended lesson, the students used Oreo’s to display each different moon phase. The student’s discovered that as Earth orbits the sun, the moon also orbits Earth. The moon reflects light from the sun, which is the light we see from Earth. As the moon travels in its orbit, different amounts of the moon’s lit side can be seen from Earth. The student’s really enjoyed this activity, especially where they got to eat the leftover Oreo’s!