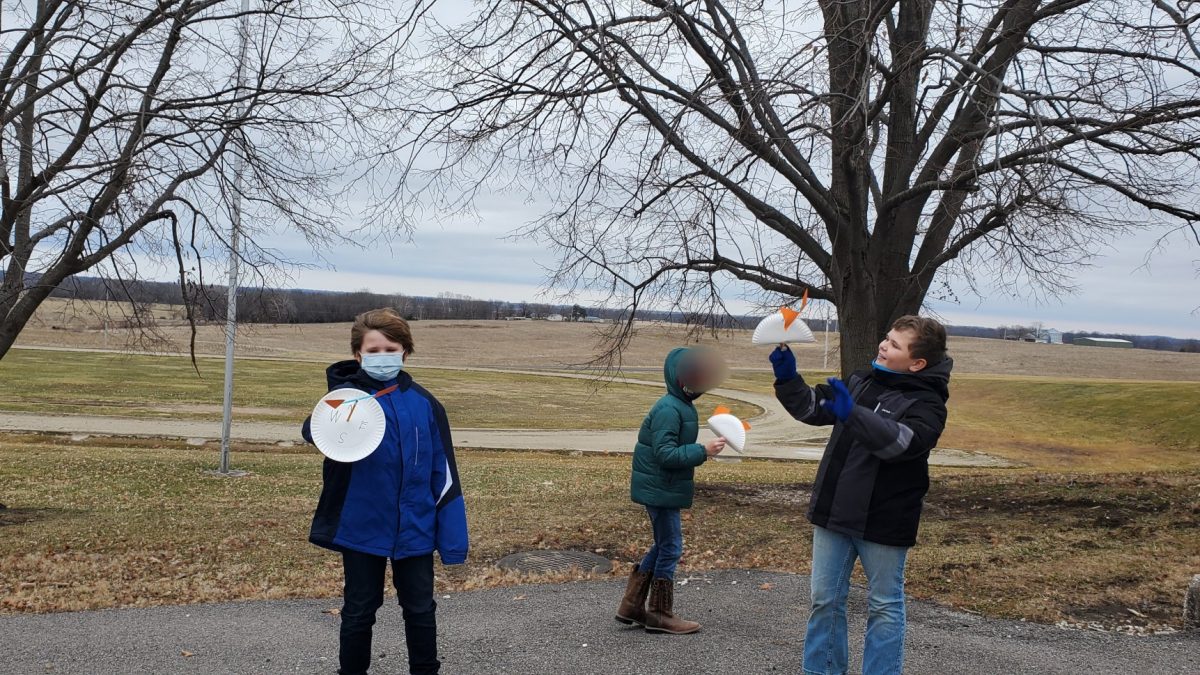 Mrs. Meyer’s 4th grade science class has been studying weather. This past week they learned about clouds and wind. As part of the lesson, the student’s made their own wind veins and then took them outside to see which way the wind was blowing. The students did this on Thursday when it was very windy so the experiment was a success. The students went outside and took note of how the wind was blowing on different parts of the school grounds. Out in front of the school the wind wasn’t blowing too hard because the building was blocking part of the wind. Once the students went to the back of the school to the playground they found themselves chasing their wind veins because it was so windy they were blowing out of their hands! The last part of the experiment the students went down to the track which is at the bottom of a hill. The student’s noticed that it wasn’t near as windy down there because the hills were blocking the wind.
To better understand how clouds form and rain falls, the student’s performed another little experiment. They took cups of water topped with shaving cream (which represented a cloud) and dropped food coloring on top (which represented the rain) and then watched it come from the top of the cloud out of the bottom.