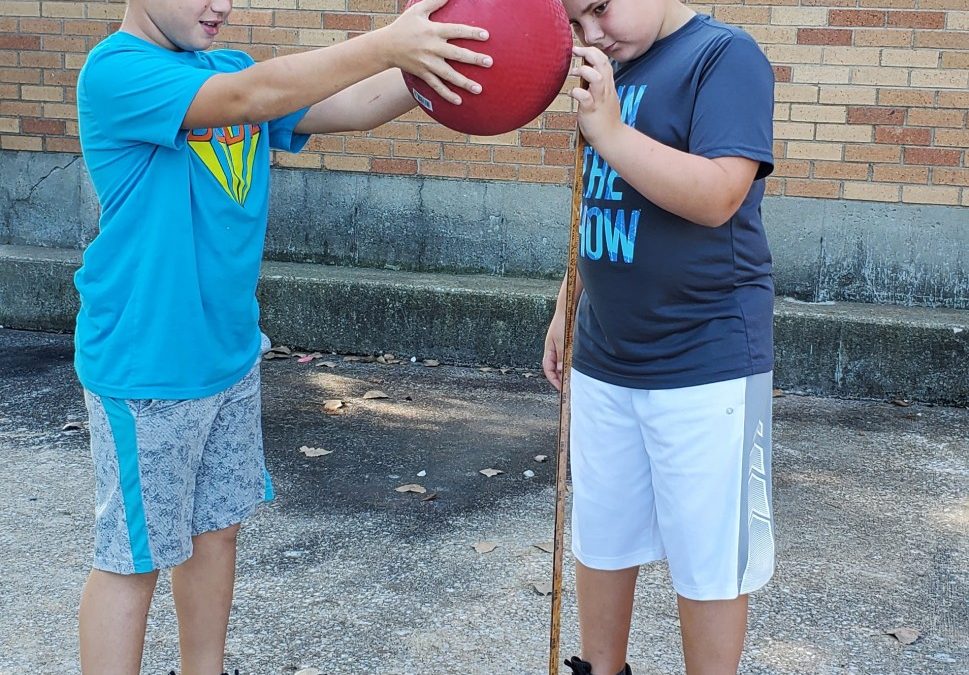 The 5th graders in Mrs. Meyer’s science class have been learning all about science, scientists, science tools, and experiments. Today they performed their first experiment of the year, which was a controlled experiment. Before performing the experiment, the students had to follow the procudeures in which an experiemtent is done. They set a purprose, discussed the variable and why it was important to do repeated trials.

The students discovered that the ball bounched higher on the three hard surfaces and lower on the soft carpet surface.

The students all held a discussion on other surfaces the ball could bounce on and made predictions on if it would bounce high or low. They also discussed using a different type of ball.

The students really enjoyed this experiment and are already asking when the next one is!