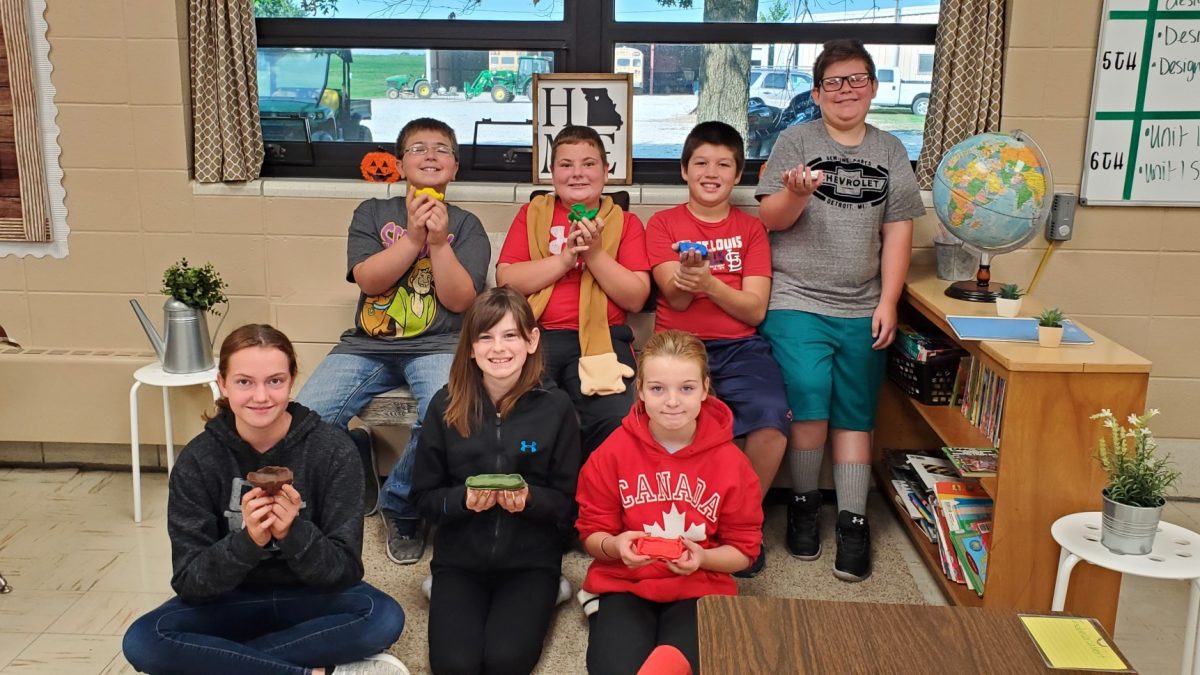 Mrs. Meyer’s 5th grade science class has been learning about the design process. Today, they performed an experiment where they had to use each step in the design proccess to design a raft out of modeling clay.

First, the student’s had to identify what problem needed to be solved, which was how to build a raft out of modeling clay that would float and hold counters.

Next, the students had to sketch their design and then build their raft out of the modeling clay.

The third step had the students test their rafts in a tub of water to see if they would float. If they were able to float the first time around, they added counters to see how many it could hold.

Next, the students redesigned their rafts so that they would float better or hold more counters.

Lastly, the students then discussed their results. The student’s came to the conlucsion that the longer the raft was and the taller the sides it had, the better it would float and hold counters.

The student’s really enjoyed this experiment and their excitement was amazing to watch.

Mrs. Meyer is proud of all the student’s and the creativity they showed during this experiment. All of the student’s asked to take their clay home so they could build them again and get them to float at home!