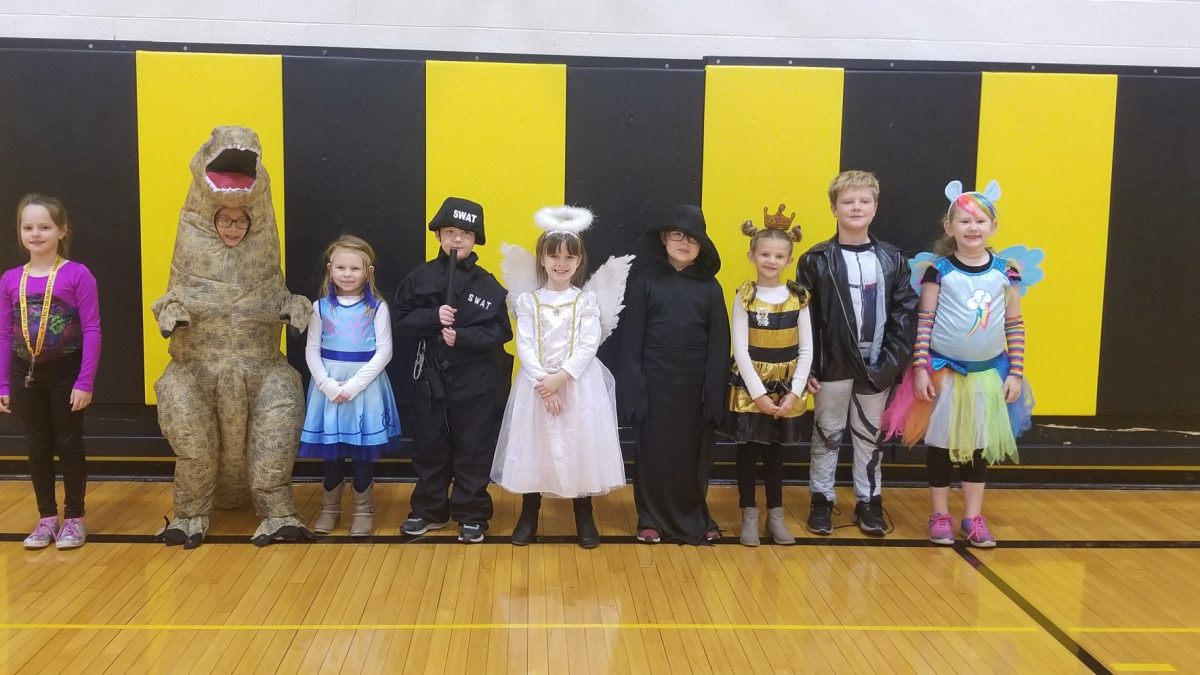 The elementary students attended the annual Halloween parade on October 31. Each class walked around the gym for the junior high and high school students along with several parents in attendance to show off their costumes. After the parade, the winners of the costume contest were announced.