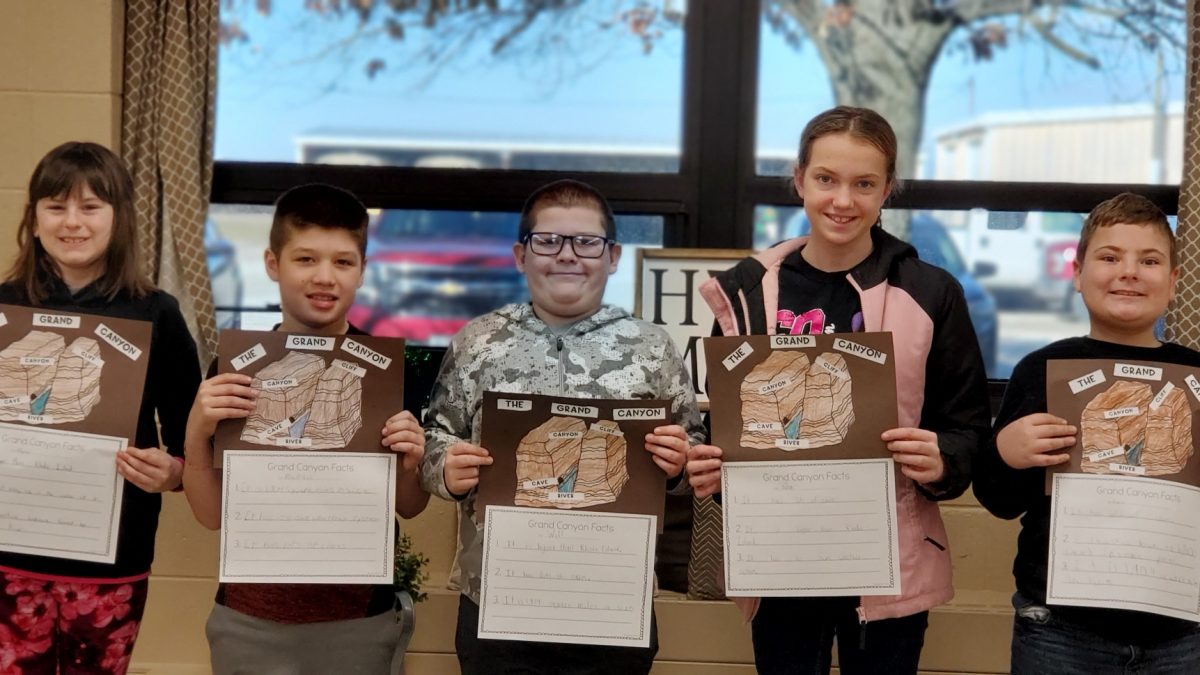 Mrs. Meyer’s fourth grade social studies class is continuing their unit on the regions of the United States. This past week was spent studying the Southwest Region and the four states that are in it. As part of an extended lesson, the class learned about the Grand Canyon. The students discovered it is located in Arizona and is one of the seven natural wonders of the world that was formed by the Colorado River. After watching an informational video about the Grand Canyon, the students wrote down three interesting facts and colored a picture of it. In addition, the students learned about the different parts of the canyon and labeled them accordingly on their picture. The most interesting fact the students learned was that the Grand Canyon is bigger than one of our states! Can you guess which one? That’s right, it is bigger than the state of Rhode Island!